Home » What Makes a Cy Young?

What Makes a Cy Young?

Each year, MLB awards the best pitchers in the American and National Leagues the Cy Young award for their great individual performances. While in some years, a Cy Young award winner is a head and shoulders above his fellow competitors, in many years the award can create controversy. In fact, just last year, many (most notably Kate Upton) were upset with the decision to award the American League Cy Young to Boston’s Rick Porcello instead of Detroit’s Justin Verlander.

I’ve been thinking a lot about what, in simplest terms, determines whether a pitcher is worthy of a Cy Young award or is rather another above average pitcher. To begin with, I start my exploration by using pitcher Game Scores, an all-encompassing stat that measures how strong a given pitcher’s start was. While there are likely better metrics to use in measuring pitcher performance, I’ve chosen to use Game Scores for simplicity. Rather than using the original Game Score metric developed Bill James, I will use Fangraphs' “Game Score Version 2” (GSv2), a statistic that is essentially the same (and is for all intents the same for the purposes of this analysis) but uses a different scale. 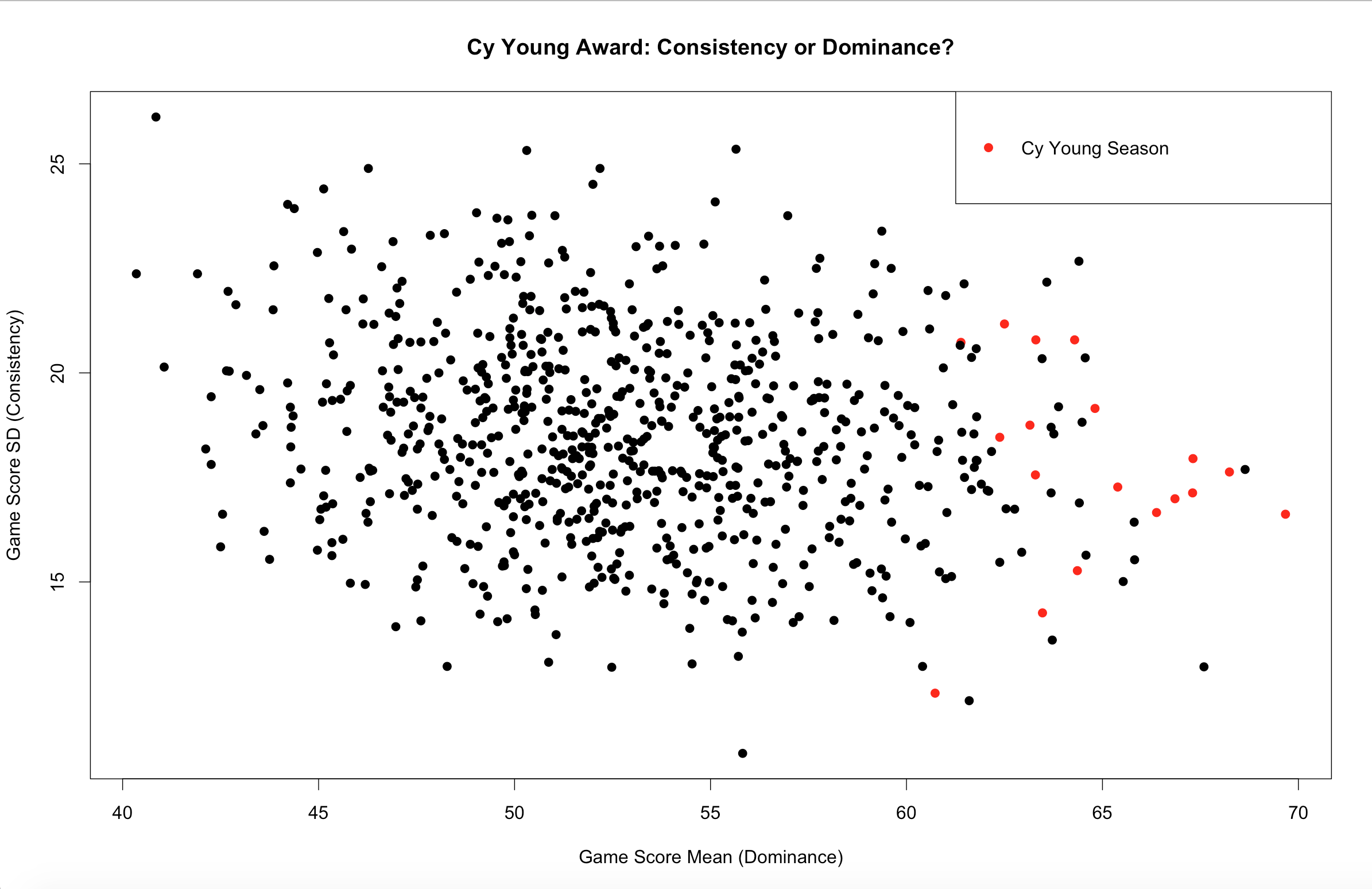 I began by exploring all starting pitcher seasons since 2008, setting an innings minimum at 162, the same number that MLB uses to determine eligibility for various pitching titles. For each season, I computed the given pitcher’s mean Game Score (as a measure of dominance) and Game Score Standard Deviation (as a measure of consistency). There is a statistically significant difference for Game Score Mean between Cy Young pitchers and non Cy Young pitchers (p less than 0.0001), though the difference between Game Score Standard Deviation between the two classes of pitchers is not significant (p = 0.184). Furthermore, in running a logistic regression to predict whether a pitcher is a Cy Young award winner using his GS Mean and GS SD, we see that GS mean a much better predictor of winning the Cy Young.

Visually, we see that Cy Young winners since 2008 have had some of the best seasons by GS Mean, but not by GS SD. 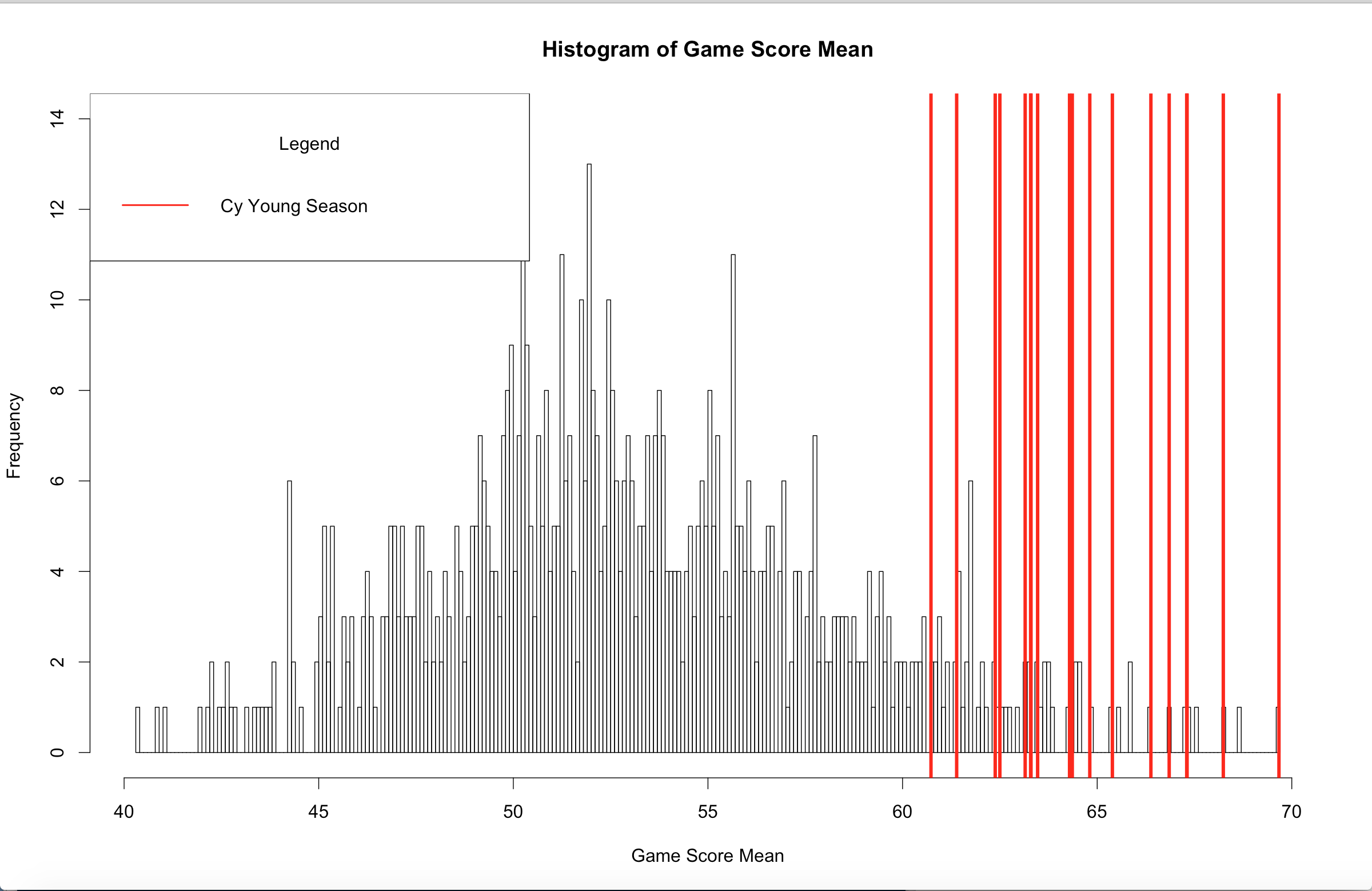 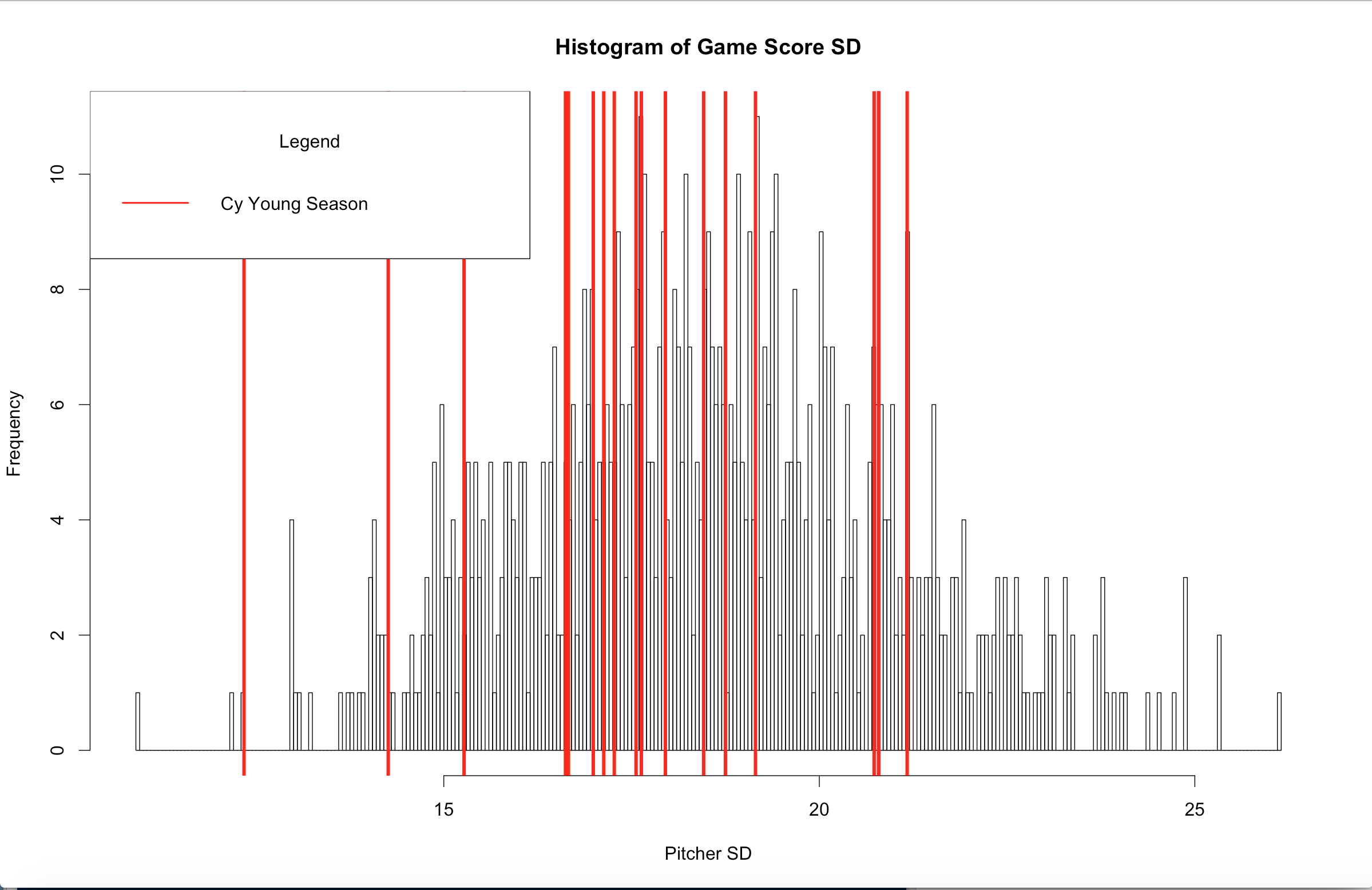 To do this, I begin by computing the average Game Score pitched by Cy Young award winners between 2008-2016. Next, I computed the frequency with which pitchers had “Cy Young Quality Starts”, or starts in which their game score was better than the Cy Young GS mean of 64.7. Visualizing this data, it’s evident that this measure of consistency is a much better way to determine pitching greatness that using GS SD. 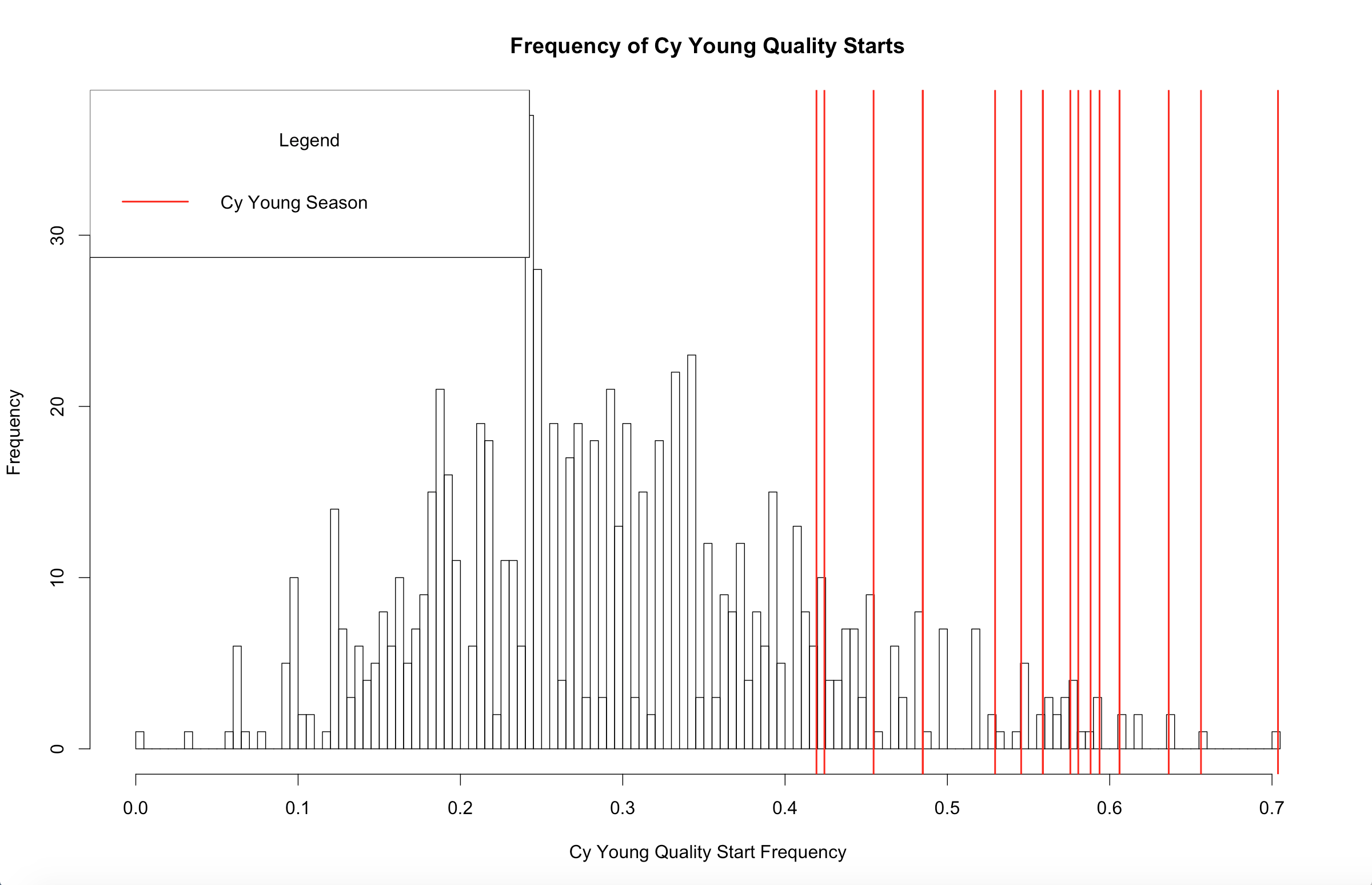 True aces don’t just have great stuff—they bring they best stuff every single night, and team should fully expect to win every time they step onto the mound. Simply put, in order to measure this greatness, we need not only measure their dominance, but also this consistency with which such dominance occurs. In 2016, Velander had both a better GS mean and Cy Young start frequency than Rick Porcello. Maybe Kate Upton was onto something after all!